I hear you. I mean, I don’t really have a choice. You are a loud-ass motherfucker. In this moment, you are a vuvuzela/megaphone hybrid in the orgasmic throes of a menage-a-trios with an air horn and Fran Drescher. I hear you.

So loud it hurts your eyeballs.

I understand you. A long time ago, when being loved really WAS a matter of life and death, your neural pathways were worn deep and steady. Time does not exist to you; you and I will always be tiny, frail, helpless, desperate to be swaddled and given a breast to suckle. (We at least have that last thing in common. Mmm. Breasts.)

I respect you. You believe you are the unlikely hero of the natural disaster movie, the one who saw it all coming, but nobody would listen because you made that fatal mistake back in ’73, or because you have great tits under that lab coat. You really just want to be heard, because holy shit you guys, this asteroid is going to wipe out life on the entire planet if we don’t take action immediately.

I’m just going to go ahead and let all you sexist fuckers die, then.

I appreciate you. Maybe there aren’t ravenous lions to worry about so much, anymore, but there are dark streets in dangerous neighborhoods, there are people who would use or hurt me, there is Donald Trump. There are still things to fear in this world. You come in handy at times. 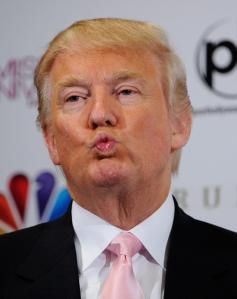 Basically the entire reason the “fight or flight” response evolved.

I have to admit, you’ve gotten much better about crying wolf in the past few years. You seem to have learned that I can travel alone safely without needing you there yelling about stranger danger. You seem to have realized that the slightest hint that maybe life is kinda founded on uncertainty and lack of guarantees isn’t an open invitation for you to tromp all over my face. When I’m trying new things, you just kinda tug at my sleeve so I don’t forget about you instead of duct-taping me upside-down to the wall. You’ve been doing great, and I’m so proud of us.

But still, sometimes, maybe chill the fuck out a little? Rejection isn’t the same as the Earth hurtling at break-neck speeds into the sun. Experiencing loss isn’t the same thing as being trapped in a stainless steel kitchen with two genetically-engineered velociraptors. Being single isn’t the same thing as traversing the desert of an entire lifetime without the thirst-quenching relief of human touch. …well, okay, that last one might be slightly more true that the others (or at least feel more true) ((god, if only Fear could help me get laid…)) 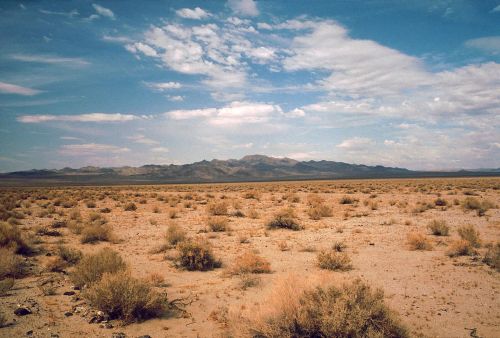 But, you know, we’re in this together, Fear. We go way back. You’re one of the most consistent things in my life. Since I learned so much about myself, I even often instinctively know when it’s time to ready the guest bed for your unannounced arrival. And it really is like having family come to visit: uncomfortable, awkward, sometimes painful, but always familiar. I see some of the deepest parts of myself in you, and that’s pretty hard. But I appreciate you showing them to me, because “me” is not just some pretty blue eyes, and a terrible wit, and a mind that slopes toward the gutter. “Me” is also a paralyzing aversion to abandonment, weakness and dramaticism in the face of rejection, and the tendency to suppress my own needs because I’m afraid others will see them as an imposition.

Thanks for showing me me, Fear.

Now fuck off, I got shit to do.

What you fear
has been upon you
since air first claimed your throat.
How long will you deny it?

Some people think you’re either born emotionally strong, or emotionally weak.  I think strength is a learned skill.

Some are lucky to have been raised in families that empowered them, helped them trust themselves to handle any situation that comes along.  But I think most of us were trained to be afraid.  Afraid of change, afraid of risk, afraid of failure.  Not intentionally — our parents loved us, they hated to see us in pain, they wanted to protect us.  They had been trained to be afraid, too.  We learned to try to control our environments so we could feel safe.  Not be safe, but feel safe, because the control we learned to wield is really just an illusion.

I think strength is nothing more than the refusal to accept fear as a driving force in our lives.

It doesn’t mean that fear is gone.  It’s still there, and that means it is super duper scary when you first refuse to let it dictate your actions.  You don’t trust yourself to handle what may come your way, yet, because you’re used to feeling in control and you have no idea what will happen if you stop feeling like the master of your destiny.  But you’re putting yourself out there just the same.

It feels a lot like having no idea if you can swim, but jumping in the deep end anyway.

The thing about life, though, is that it’s not a pool.  It’s a lot more like an ocean.  When the tide comes in, you get in over your head, you feel like you’re drowning, and you don’t know what to do.

Usually when this happens, your instinct is to thrash, fight, struggle against the oppressive water.  You forget what sand felt like between your toes.  You think the only thing you’ll ever taste again is bitter salt water, and that you’ll die tangled in seaweed.

I think some people stay there for a long time, fighting against the tide, thinking if they can just make the right choices, avoid mistakes, they won’t end up in the deep again.  They think if they do all the right things, they can live in a nice little kiddie pool, with all its rippled blue edges plainly in sight, with warm water comfortably up to their knees, and no tsunamis, ever.  That’s the place where I used to live, and I still visit, sometimes.

The tide always goes out again.  And then there you are, on solid ground, taking big, delicious gulps of air.  You can look around again and get your bearings.  If you still believe in control, you might think you won the fight against the water — that you swam to the shore, not that the tide receded.

When you become willing to push back against the fear, though, you realize that you don’t control the tide, but you can survive it.  You learn to tread water.  You discover that treading water makes your body stronger, your mind sharper, and, somehow, your heart bigger.  You trust life a little more.  You trust yourself a little more.  You begin to notice things that only happen during high tide — the way the contours of the beach change, the animal life that makes its way into the normally shallow areas.

I’ve heard that people who are really experienced with treading water actually start to ache to be swept away into the swell when they’ve gone too long with their feet in the sand.  I’m not there, yet . . . but I’m not afraid of the next tide. 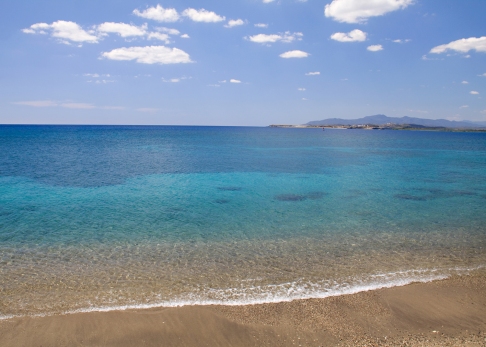 You don’t control the tide, but you can survive it.

Click to learn more about your friendly neighborhood Krista. Photograph by Jennifer Bowman. 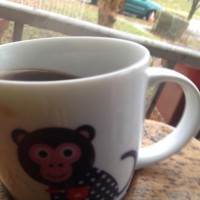 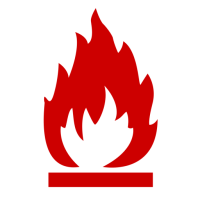 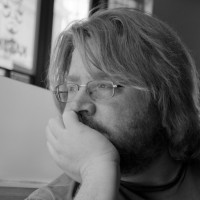 The Feeding of the fox

Learning self love one day at a time

This is the deep end
James Radcliffe

Thoughts on Writing, Art, and Life

Once a complicated symphony, now just a simple melody

Shit You Didn't Know About Biology

a literary magazine for your ears

Supermom with a second-hand cape and an empty glass of wine.

Weekly challenge brought to you by Yellow Chair Review

"Let me live, love and say it well in good sentences." - Sylvia Plath